Share:Share on FacebookShare on TwitterShare on Linked In
Francesca Civili

Humanitarian partners have been working around the clock to respond to the last outbreak of Ebola in the Democratic Republic of Congo (DRC) which to date has claimed 433 lives, and infected 699. 246 people have so far survived.

Yesterday alone, 14 new cases of Ebola have been reported in the northeast of DRC, the largest one-day increase since the outbreak was declared on 1 August. Nine of the new cases were detected near Butembo, a city of a million inhabitants. The hotspots are now Katwa (near Butembo) and Oicha.

Ebola is a deadly form of hemorrhagic fever which spreads upon contact with the fluids of infected people or animals. Officials began a ring vaccination in North Kivu on 8 August targeting people around each infected individual, including health care workers. The response has continued to scale up and now a decline in case incidence has been reported in Beni. This is a strong positive indication of how effective the response can be despite multiple challenges, including access, contact tracing, and delayed detection of cases. 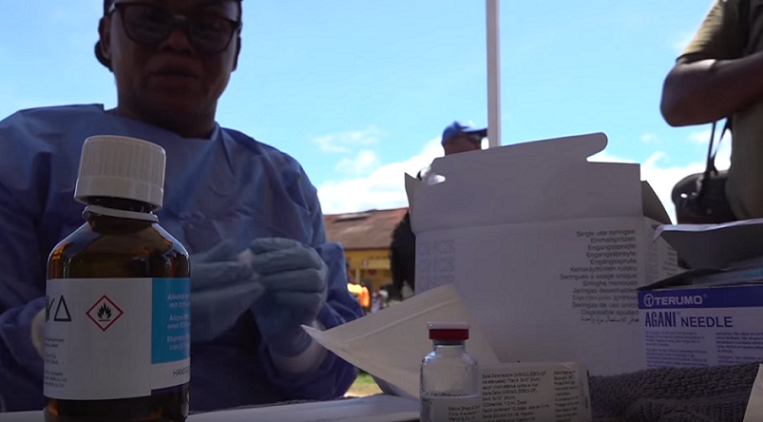 According to the World Health Organization (WHO) which is leading response efforts, the current Ebola response is likely to continue for the next six months and the spread of the epidemic, both north and south, remains possible. The National Strategic Response Plan, issued by the government at the onset of the outbreak to coordinate the response and raise funds to combat the epidemic, is being revised accordingly to cover the period from February to July 2019.

Last month, CERF has made a US$10 million regional contribution towards mitigating the possible impact of the current Ebola outbreak should it spread to neighbouring countries. “The response agencies, led by WHO, are doing a remarkable job in containing the Ebola outbreak in eastern DRC", said UN Humanitarian Chief Mark Lowcock, "but it is important to support neighbouring countries too."

“These funds are very timely as we are accelerating preparedness activities in neighbouring countries,” said the WHO Director-General, Dr. Tedros Adhanom Ghebreyesus. “I thank the Emergency Relief Coordinator for releasing this contribution from CERF and call on other donors to follow OCHA’s example. We need your continued financial support to end this outbreak and won’t relent until the job is done.”

In addition to the Ebola, an estimated 12.8 million people are in need of humanitarian assistance in the DRC. Despite the dire needs, the 2018 Humanitarian Response Plan remained over 55 per cent underfunded.

September 13, 2021
UN holds event on the humanitarian situation in Afghanistan

August 16, 2021
Haiti: UN and partners mobilize resources to help in the earthquake aftermath