At CERF's High-level pledging event for 2019, 41 donors announced record pledges of US$439 million for 2019 and additional contributions for 2018, ensuring a record level of funding of $554 million to CERF for this year.

“CERF is not only the fastest and most effective way to ensure that humanitarian aid reaches people caught up in crises; it is also an essential enabler of global humanitarian action,” said United Nations Secretary-General António Guterres - at the opening of the event. 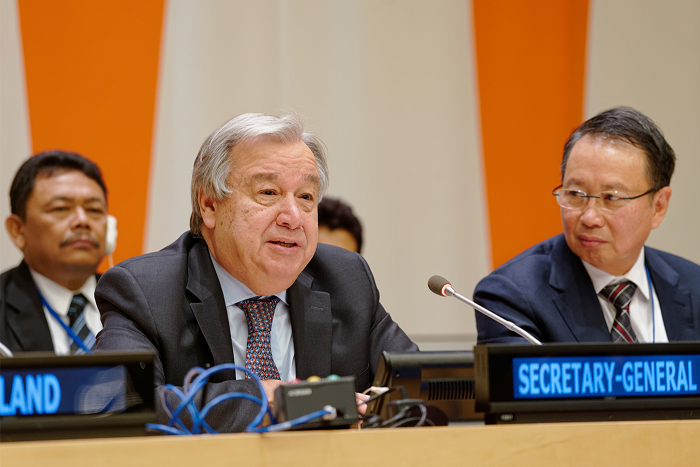 Following the Secretary-General’s remarks, a panel discussed the role of CERF in improving the humanitarian community’s ability to assist people affected by conflict and crises. Panelists included Ireland’s Minister for Children and Youth Affairs, Ms. Katherine Zappone; Indonesia’s Minister and Chairperson of Indonesia’s National Agency for Disaster Management, Mr. Laksda Rampangilei; Mali’s Minister of Solidarity and Humanitarian Action, Mr. Hamadoun Konate; and the Executive Director of the UN Population Fund, Dr. Natalia Kanem. Mr. Rampangilei stated: “All of us sitting in this room today should be grateful for the foresight of our colleagues who, 12 years ago, decided to establish the CERF. Indonesia much appreciates that CERF funds of $15 million were released less than a week after the disaster in Central Sulawesi in October, enabling UN agencies and nongovernmental organisations to rapidly contribute their support to government-led efforts to meet the immediate needs of the more than 200,000 people who were displaced.” 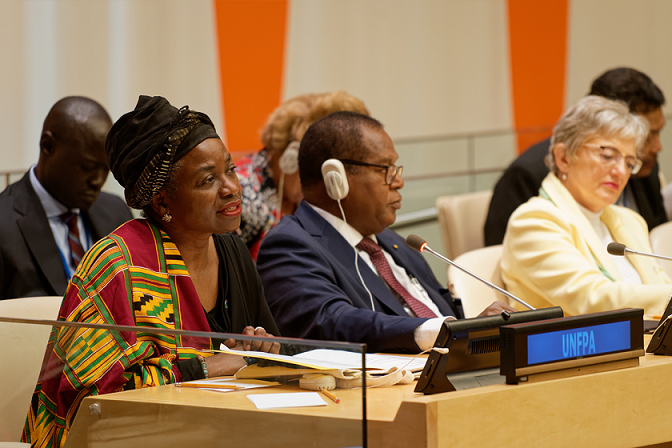 Throughout 2018, CERF’s global reach was central to the humanitarian community’s ability to respond as the fund provided time-critical life-saving assistance to millions of people across 47 countries and territories at a total value of approximately $500 million – the highest ever allocated from CERF in a single year. Funding from CERF spanned from life-saving assistance to populations affected by conflict and internal strife to natural disasters such as drought, earthquakes and hurricanes, and disease outbreaks such as Ebola.

In 2019, humanitarian challenges will remain significant with UN-coordinated humanitarian response plans requiring $21.9 billion to meet the needs of 94 million people globally. CERF’s global reach, its flexibility, speed and role as a lifeline for those caught up in forgotten emergencies will be essential for the humanitarian community’s ability to respond efficiently and effectively to these needs.

CERF’s achievements are the collective success of the global humanitarian community. At the same time, the fund’s ability to respond to the increasing humanitarian needs and deliver life-saving support globally is the shared responsibility of its donors. When the General Assembly in 2016 endorsed the increase of CERF’s annual fundraising target to $1 billion, it also called upon all Member States to consider increasing their voluntary contributions to the fund. At today’s event, Emergency Relief Coordinator Mark Lowcock thanked Member States and private sector representatives for collectively ensuring a continued increase of available resources to CERF, enabling the fund to further strengthen its life-saving activities. 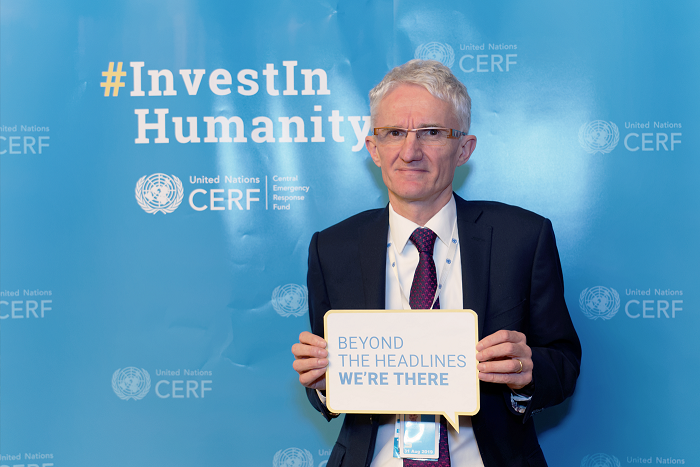 Donor pledges at the event included those from private sector representatives, as well as five Member States that have also received funding from CERF, which is testament to the global support that CERF enjoys as a fund for all and by all. Recognizing the growing evidence that early action undertaken before the full impact of a disaster can help save lives and mitigate suffering and acknowledging CERF’s role as a convener of coordinated early action, Mr. Lowcock also noted that CERF will continue to put in place systems for the use of anticipatory funding. “Looking forward, I believe that CERF has the potential to play an even more prominent role as an enabler of early response to emergencies,” said Mr. Lowcock.

September 13, 2021
UN holds event on the humanitarian situation in Afghanistan

August 16, 2021
Haiti: UN and partners mobilize resources to help in the earthquake aftermath