The Office for the Coordination of Humanitarian Affairs (OCHA) is convening the annual CERF High-level Event on Friday 7 December 2018 at 10 a.m. The event is an opportunity to highlight the achievements of the fund, to announce pledges for 2019, and collectively ensure that CERF’s level of funding continues to increase towards the expanded funding target of $1 billion as endorsed by the General Assembly. The High-level Event will be opened by the United Nations Secretary-General and will bring together senior representatives from UN Member States and Observers, UN agencies, non-governmental organizations, foundations and the private sector to express their commitments to the fund.

The opening segment will feature interventions from the following speakers: 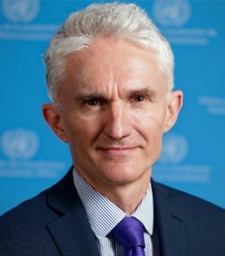 Mr. Lowcock began his career with the British Government at the Department  for International Development (DFID) in 1985 where he served in a diverse  range of roles including overseas postings in Malawi, Zimbabwe and Kenya, in addition to holding leadership positions at headquarters. Mr. Lowcock has more than 30 years of experience leading and managing responses to humanitarian crises across the globe, as well as wider strategic leadership in the international development arena.  He was most recently the Permanent  Secretary at DFID, a role he assumed in 2011. Born in 1962, he holds a  bachelor’s degree in Economics and History from Oxford University and a master’s in Economics from the University of London. He is a chartered accountant. 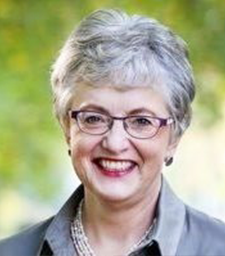 Dr. Zappone was previously appointed as the 24th Seanad Éireann in 2011. She had more than ten progressive years serving simultaneously as the Commissioner for the Irish Human Rights Commission and the CEO of      Ireland’s Women Council. She has devoted her life to social justice, serving as the co-founder of An Cosán- the largest national organization that tackles inter-generational poverty through education and training. Her excellency  Minister Zappone holds a PhD from Boston College, an MBA from the Smurfit Business School, and an Honorary Doctorate of Laws from UCD School of  Law.

Mr. Rampangilei currently serves as the Head of the Indonesia National Management Agency (BNPB) and was previously appointed to be the Deputy Minister for Environment and Social Vulnerability Coordination under the State    Coordinating Ministry for People’s Welfare and Poverty Alleviation. Prior to that, he served as the First Deputy Coordinating Ministry of Human  Development and Culture. His career includes years of service in emergency response, acting as the Commander of Navy Main Base VIII in Manado and East Kalimantan, and as the Head of the Hydrographic and Oceanographic, Marine Headquarters. He was also the Military Advisor to Indonesia’s Permanent Representative to the UN Mission in New York. Mr. Rampangilei graduated from the Maritime Academy in Jakarta and held various military training certificates. 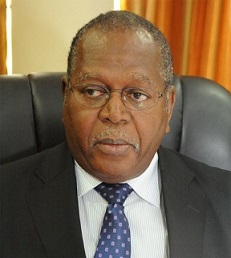 Mr. Hamadoun Konate is the Minister of Solidarity and Humanitarian Action of the Republic of Mali. Between 1980 and 1991, he was the director of Social Affairs in Mali, Program Officer for UNICEF and coordinator of research programs on social policies in West and Central Africa for the International Development Research Center (IDRC). Hamadoun Konaté was also Deputy Head of the Luxembourg Cooperation, a position he held until his appointment to the Government of Mali in September 2013. Mr. Konate holds a master's degree in Philosophy and a Ph.D. in medical anthropology, a certificate in applied nutrition and management of social programs. 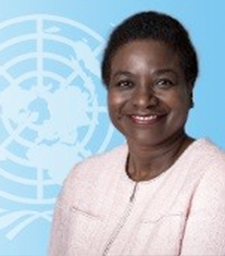 Dr. Kanem is the Executive Director of UNFPA, the United Nations Population  Fund. She has more than 30 years of strategic leadership experience in medicine, public and reproductive health, social justice and philanthropy. She started her career in academia with the Johns Hopkins and Columbia University schools of medicine and public health. While serving as a Ford Foundation Officer, she helped pioneer work in women’s reproductive health  and sexuality. Dr. Kanem then served at the Foundation as Deputy Vice- President for its worldwide peace and social justice programmes followed by a role as UNFPA Representative in Tanzania. Dr. Kanem holds a medical degree  from Columbia University, New York, and a Master’s degree in Public Health, with specializations in epidemiology and preventive medicine, from the University of Washington, Seattle.

The interventions will be followed by questions and answers from the floor representing Member States, UN agencies, civil society and private sector partners.

A separate pledging segment will offer Member States and other stakeholders an opportunity to announce pledges for 2019 and express support to CERF.

The event will be webcasted via http://webtv.un.org.