The Office for the Coordination of Humanitarian Affairs is convening the annual CERF High-level Pledging Event on Tuesday, 8 December 2020 from 10 a.m. to 1 p.m. EST. The event is an opportunity to highlight the achievements of the Fund, to announce pledges for 2021, and collectively ensure that CERF’s level of funding continues towards the expanded funding target of $1 billion as endorsed by the General Assembly.

In 2020, the humanitarian needs rose to record levels, driven upwards by conflict, the consequences of climate change, and disease, including the health and socioeconomic impacts of COVID-19. The pandemic and its consequences have deepened vulnerability for the millions of people who already needed humanitarian assistance and has increased the overall number of people who need aid. Thanks to the commitment of United Nations Member States to helping people affected by crises and the generosity of donors, the CERF has provided vital funding to allow humanitarian actors to deliver life-saving assistance.

Since 2006, CERF has served as the world’s global emergency fund and has safeguarded the lives of millions of people. Member States have recognized the need for a strong CERF, with funding received from 127 Member States since the Fund’s inception. In 2019, 54 Member States contributed a record $831 million to CERF.

The 2020 CERF High-level Pledging Event will seek to galvanize increased commitment to CERF to ensure that the fund is fit to respond to the alarming humanitarian needs. Opened by Secretary-General, António Guterres, the CERF High-level Pledging Event will bring together senior representatives from UN Member States and Observers, UN agencies, non-governmental organizations, foundations and the private sector to express their commitments to the Fund. After a ceremonial segment, the pledging segment will offer Member States and other stakeholders an opportunity to announce pledges for 2021.

The event will be livestreamed via UN Web TV.

The opening segment features interventions from the following speakers: 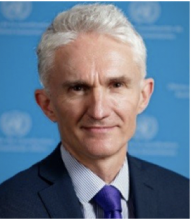 Mr. Lowcock began his career with the British Government at the Department  for International Development (DFID) in 1985 where he served in a diverse  range of roles including overseas postings in Malawi, Zimbabwe and Kenya, in addition to holding leadership positions at headquarters.

Mr. Lowcock has more than 30 years of experience leading and managing responses to humanitarian crises across the globe, as well as wider strategic leadership in the international development arena.  He was most recently the Permanent  Secretary at DFID, a role he assumed in 2011. Born in 1962, he holds a  bachelor’s degree in Economics and History from Oxford University and a master’s in Economics from the University of London. He is a chartered accountant.

Birgitta Tazelaar is the Deputy Director-General for International Cooperation at the Netherlands Ministry of Foreign Affairs and a career diplomat with over 25 years’ experience in political affairs, human rights and development cooperation. Birgitta has worked in The Middle East, Southern Africa and the UK in a variety of bilateral and non-governmental organizations, in both advisory and senior management posts. Before her current job as deputy Director-General, she was Director of the Middle East and North Africa Department preceded by serving as head of Mission in Ramallah managing amongst others a sizeable development cooperation program.

From 2008-2011, Birgitta was the political counsellor at the Dutch Embassy in London, responsible for foreign policy areas ranging from security files such as NATO and nuclear, to EU external policy and various crises areas worldwide. Other postings included  deputy  head of the human rights division in the Hague where she was active on promoting women’s rights in the UN and spokesperson for the Minister for Foreign Affairs. Before joining the Ministry of Foreign Affairs, Birgitta worked amongst others for the Netherlands Development Agency, mainly in Botswana working in regional planning. Birgitta studied Human Geography in Utrecht and did research in Kenya and Spain. 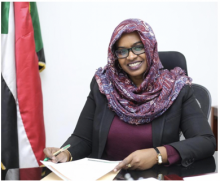 Lena holds an MA (ECON) in Development Studies from the University of Manchester and a BSC (Business Administration) from Ahfad University for Women (AUW). With over 18 years work experience and having also worked as a lecturer for Ahfad University for Women, a senior program officer for CARE International, then as the external affairs manager for the Shell Company of the Sudan Ltd and setting up and managing the CSR Departments for DAL Group and then DAL Food; she is a firm believer in the vast opportunities a partnership between the different stakeholders can bring and how that can contribute to the SDGs and creating the societal impact needed to bring about positive change. She has faith in youth and the important role they play in shaping the future of the country and the globe. Before her appointment as Minister of Labour and Social Development in the Transitional Government, Lena used to be an independent consultant working with the private sector, public sector and civil society (national and international agencies) in Sudan. She is also a co-founder of Impact Hub Khartoum (IHK) – part of the global. 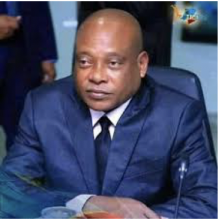 H.E. Mr. Steve MBIKAYI MABULUKI is the Minister of Humanitarian Actions and National Solidarity in the Democratic Republic of the Congo.  His Excellency the Minister previously worked professionally at the Société Congolaise des Transports et Ports (SCPT) ex-ONATRA, in a variety of capacities from 1988 through 2011 where he ended his career as Administrator and Department Director. Further, while there, he founded the union of workers group ONATRA “SYNAGON” (1994 to 1996) and the Union “Solidarité” (1996 to 2005) of which he was National President. His Excellency Minister Steve MBIKAYI MABULUKI is also an Education and Training Promoter. Thus, since 2005 he initiated the Lycée Carnot, and earlier in 1997, the International Bilingual School of Le Cartesien (an International Baccalaureate World Schools based in Kinshasa) of which he is Chairman of the Board of Directors. He also served as Member of Parliament of the National Assembly during the Transition (2003 to 2005) and as a member of the Economic and Financial Commission. From December 19, 2016 to May 9, 2017,

His Excellency Steve MBIKAYI MABULUKI was appointed Minister of Higher Education (ESU). He was also re-appointed to the same position, between May 2017 to September 6, 2019. Currently, he is the Member of Parliament of the National Assembly elected to represent Tshangu Constituency of Kinshasa since the 2011 elections. He is also the National President of the Labor Party (PT) which he founded in 2008. In 2018, he was elected as Member of Parliament of the National Assembly to represent Mont-Amba Constituency of Kinshasa. He owns the Establishments of the Cartesian Group. His Excellency Minister Steve MBIKAYI MABULUKI was born in Kasansa on January 23, 1964 in Kasai Oriental. An Engineer in Production Mechanics, His Excellency obtained a degree (License) at the Higher Institute of Applied Techniques (ISTA, 2002) and previously graduated from the National School of Specialized Trades (A2 in Electronics). 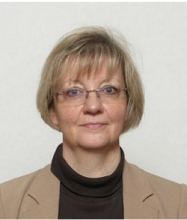 Sibylle Katharina Sorg joined the Federal Foreign Office in 1992. She started her career as spokesperson of the Ministry and returned to that position twice covering various dossiers, among them Africa, Humanitarian Assistance, Legal Affairs as well as the European Union and its member states. She was part of the task forces organizing the German Presidencies of the European Union and the G8 1999. She served as Deputy Consul General in Sydney/Australia and at the Embassies in Dublin,        Tel Aviv and London as Head of the Political Department. Returning from Tel Aviv in 2007 Ms. Sorg assumed the position of Deputy Head of the Middle East Division for four years.

2014 she joined the cabinet of FM Frank Walter Steinmeier serving as Deputy Chief of Staff. From 2017 and prior to moving to the position of Director General for Crisis Prevention, Stabilisation, Peacebuilding and Humanitarian Assistance in 2020, Ambassador Sorg was responsible for Relations with the 27 European Union Member States, Cross-Border and Regional Cooperation at the Federal Foreign Office. Ms. Sorg holds a M.A. degree in History, Political Sciences and Journalism from Justus-Liebig-University Giessen. 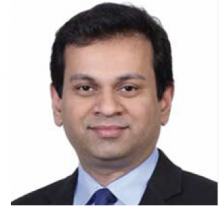 Asif Saleh is the Executive Director of BRAC Bangladesh. He brings with him a diverse multi-sectoral experience in senior leadership roles in private, public and non-government sectors, with a proven track record of effectively managing interfaces of development programming, operational and financial sustainability and building effective partnerships, both within and outside BRAC.

Mr. Saleh has been deeply anchored in driving the strategic direction of BRAC. He joined the organisation in 2011 and took up an increasingly important role in leading advocacy for social change, information technology, communications and social innovation. He has been instrumental in BRAC’s concentration on emerging development challenges in the areas of urban poverty, youth skills development, inclusive growth and migration. As the senior director of the empowerment programme cluster, he led BRAC's new programmatic areas, namely, the urban development programme, human rights and legal aid services, skills development programme and migration programme. He also led the development of BRAC’s five-year strategic plan in 2016. Prior to joining BRAC, Mr. Saleh worked as a policy specialist for the Access to Information (A2i) Programme at the Prime Minister’s Office. As part of the Government’s Digital Bangladesh initiative, he led the policy effort to expand affordable broadband connectivity across Bangladesh and devised the Government's m-governance strategy. He was also a key part of the Union Digital Centre team that created digital service centres in every union in Bangladesh. Since then, he has actively promoted the role of technology and frugal innovation in the development sector. He spent 12 years in Goldman Sachs in different fin-tech roles and institutional client sales in New York and London, ending his term there as an Executive Director. He has also worked in Glaxo Wellcome, IBM and Nortel. Mr Saleh is the founder of Drishtipat, a global organisation with chapters across the globe focusing on human and economic rights of Bangladeshis.

He was recognised for his work by Asia Society’s Asia 21 programme in 2008, the Bangladeshi American Foundation in 2007, and was selected as an Asia 21 Fellow in 2012. He was selected as a Young Global Leader by the World Economic Forum in 2013. Mr Saleh is an active member in a range of international networks and alliances, advocating inclusive achievement of the Sustainable Development Goals. He is a member of the Millions Learning International Advisory Group, Brookings Institute, which addresses the question of how to scale quality education for all children and youth. He is also a member of the South Africa-based Innovation Edge, an institution promoting early childhood development. Mr. Saleh chairs BRAC IT Services Limited, co-chairs BRAC Net, and is on the Board of BRAC Bank, and edotco Bangladesh Ltd. He is also a board member of multiple non-profits, including Institute of Informatics and Development, and Maya. Mr Saleh holds a Bachelor's degree in computer science and an MBA in management and marketing from the Stern School of Business, New York University.